Monday, February 22, 2016 – The Charlottesville Mural Project (CMP) is excited to announce its new Director to lead the public art program.  After receiving a strong response from candidates within Charlottesville and outside Virginia, a hiring committee selected Greg Kelly for the position.  Kelly, former Executive Director of The Bridge, brings a decade of arts programming, outreach, and curatorial experience. 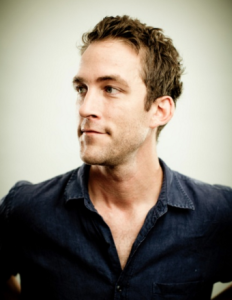 “I am very confident in the high-quality and unique vision Greg Kelly will bring to the project,” says current CMP Director, Ross McDermott.  “We are fortunate to have someone take over who is passionate about Charlottesville, brings with him a strong artist network, and truly believes in the positive impact public art can make in communities.”

On March 28th, The Charlottesville Mural Project and New City Arts will begin the third mural in their Paint and Poetry series at The Graduate hotel on the UVA corner.  Former Poet Laureate and UVA professor Rita Dove and Philadelphia mural artist David Guinn are collaborating on a 6-story mural based on Dove’s poem, “Testimonial”.  After shadowing the current Director and assisting with this large-scale mural, Kelly will become the CMP Director on May 15th, 2016.
The Charlottesville Mural Project showcases the talents of artists and designers while creating a more interesting visual landscape in the city and surrounding counties.  With the goal of producing at least two murals a year–one as an outreach project and one with an established artist–the CMP brings public art to the streets and communities of Charlottesville and beyond.
The CMP will continue to be supported through 2016 by their long-term sponsor, The FUNd at the Charlottesville Area Community Foundation.
Tags:charlottesvillecharlottesville mural projectgreg kellypublic artstaff